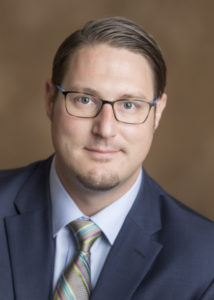 While at Dayton, Aaron was a Law Review Staff Writer, Comment Editor, and his own Comment was selected for publication.  He also received five Cali Awards for achieving the highest grade in each of those classes.

Aaron received his MBA from Butler University in 2005 and his BA from Wabash College in 2001.  He graduated from South Knox High School in 1997.  Aaron also completed a two-year service in the United States Peace Corps in the Eastern Caribbean from July 2006 to August 2008.